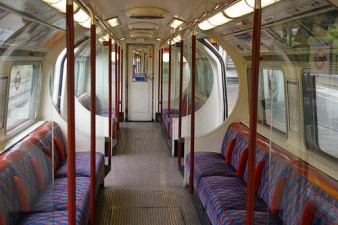 Lots of space and centrally located. Who could ask for anything more?

London, a city that currently has as many affordable houses as Kanye West has humble thoughts, is to offer a new living solution to those who aren’t swimming in coin when the tube begins running a twenty-four hour service.

“There are people out there too lazy to pull themselves up by their bootstraps, earn a decent wage and buy a house,” said Boris Johnson. “But anyone can afford an Oyster card. And once on the tube permanent commuters, or ‘pooters’ as we’ll be branding them in a series of charming cartoons voiced by Joanna Lumley and David Walliams, can enjoy a luxury moving home right in the heart of our fabulous Qatari-owned capital.”

“Admittedly since becoming Mayor I’ve waved through cuts to transport network staffing levels which has led to an increase in violent and anti-social behaviour on the tube so living on it may not be a bed of roses however it is a bed. A crappy, dangerous one where you have to sleep sitting upright surrounded by strangers.”

“Live on the tube, live the London dream,” Johnson said. “Apparently there’s a somewhere called ‘the rest of the country’ outside of London but I’ve never met anyone who believes in it.”