CIA admit they made cats up to keep everyone docile 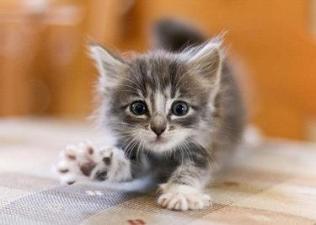 Harold’s Mister Superpaws. He’s not real, the cake is a lie, and Soylent Green is people.

There was shock around the world this morning when John O’Brennan, Director of the CIA, admitted that his organisation made cats up to keep people distracted and compliant.

“Aw shucks, y’got us,” he confessed. “When the internet started we at the CIA quickly realised that it could become a global tool for unrestricted communication, uncensored ideas and free trade so naturally we put together a plan of action to combat that and so the cat was born.”

Cat pictures, gifs, memes and videos are believed to account for around 98% of the internet while scientific studies have proved that only very brief exposure to a picture of a kitten in a teacup is enough to make even the most ardent anti-capitalist protester shut up and mindlessly buy something they don’t want or need with just one click.

Despite seeming to be quite complex animals John O’Brennan described the invention of the cat as “piss easy.”

“We took a raccoon, spliced it with some of Kanye West’s DNA and bish, bosh, science: the cutest ball of pure selfishness the world’s ever known.”

Asked if he thought people would ever tire of their endless fascination for cats and compulsion to constantly share things about them on social media Mr O’Brennan said no.

“At least I hope not yet,” he added. “We’re still trying to perfect our mind control chips.”