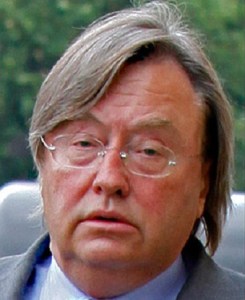 “See? Everyone likes me.”

London cabbie Brian Knowledge has spoken of his “shame” after being secretly recorded having a conversation with despised former Conservative cabinet minister David Mellor.

Mellor made the recording secretly and passed it to The Sun in an attempt to prove that there are still people alive prepared to talk to him.

In the recording the taxi driver can be heard asking Mr Mellor whether “he is doing anything nice for Christmas this year,” and sharing a joke at the expense of Arsenal Football Club.

Mellor told The Sun: “This man and I had a perfectly friendly chat, and he didn’t once laugh at me or call me an arsehole. They said it couldn’t be done.”

Mr Knowledge put his side of the story in an interview this morning, saying: “I’ve been set up. He got me on a good day, the sun was out and I just wasn’t thinking. Plus, he had a Chelsea programme covering his face, and put on a different voice. If I’d known it was him I would never have given him the time of day, the pompous little turd.”

“This incident ruined a lovely morning, and it’s spoilt the whole Christmas season for me, I’m afraid. The worst thing is, he gave me a tip. I feel so dirty.”

Mr Mellor resigned as heritage minister in 1992, blaming his departure on a constant barrage of hostile stories in the tabloid press, because he is an idiot.