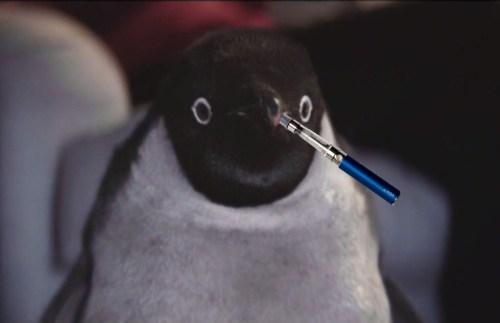 To be shown after the watershed, the advert will show a stressed out penguin vaping for the first time on TV.

“Over 10 million YouTube hits has taken its toll,” Monty said, “and I found it hard to cope with the new found fame.

“Add living in an unnatural environment for a penguin and a forced marriage into the mix and it’s amazing I’m only on e-cigs and haven’t p-p-p-p-picked up a vodka.”