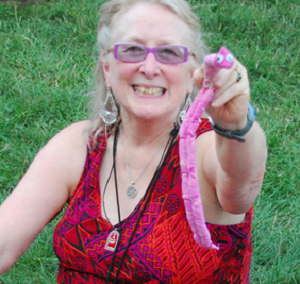 Timmy the Tapeworm ….. and host

Instead of spending thousands of pounds on expensive surgery, the NHS is understood to be planning to provide obese patients with their own pet tape worm.

No invasive procedures are required in this breakthrough treatment. In trials, the tape worm was introduced to the patient disguised in a cream cake.  There was one unfortunate incident when a worm was ingested via a burger, but officials at the Dunstable & District General have stressed this was an isolated incident and the kitchen hygiene policy is now being observed.

“At first I was gutted to find I was being given a tape worm instead of a posh gastric band,” said Harold resident  Jane Fondant

who took part in the trials and is now so used to her parasite that she has given it a nickname. “But I soon got used to Timmy and I can stuff my face safe in the knowledge that it’s Timmy who will get fat and not me.”

Seen as a wonder cure, this use of living organisms follows a trend harnessing nature to solve health issues according to Harold doctor, Clive Evans, “People will be familiar with the use of small fish for pedicure and leeches to relieve high blood pressure,” he said, “so the deployment of tape worms is just a natural progression.”

Dr Evans foresees further exciting developments. “We’re are already running trials to eliminate head lice by training egrets to sit on the schoolchildren’s heads, and we’re
hoping that our plan to train ferrets to perform circumcisions by shoving them down men’s trousers will soon be at the cutting edge of medicine.”