“No tits will be more famous than mine, I’ll get four,” says Katie Price 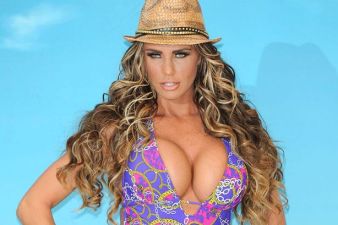 We’re not plastic surgeons but we’re assuming four would be easier than three. You just divide and conquer, right?

Reacting to the news that a would-be reality TV star in the US is claiming to have had a third breast implanted, Katie Price has declared that she will go further than that and have two more added in order to “protect brand Katie.”

“My tits is the most famous in the world and with four there’ll be so much more to talk about,” she said. “This Jasmine Tridevil can just shut up. Three boobs, bitch please, come back when you’ve got a decent number.”

“She’s done it for all the wrong reasons anyway,” Katie Price said of her new rival in the war of ridiculous tits. “She says it’s about feeling pretty and empowerment. Yeah? Well that’s all bollocks, love. You know what’s empowering? Being a rich as. Get ’em out, get ’em massived and get yourself paid. That’s the sensible girl’s way.”

Meanwhile plastic surgeons across the globe are closing the door in the faces of any men who want to cash-in on this trend in order to start reality TV careers of their own. “We won’t be equipping any man with a second penis,” said Professor Marion Klein, President of the International Society of Aesthetic Surgeons. “Not when it’s difficult enough to be polite about it when confronted by just the one.”

One Response to “No tits will be more famous than mine, I’ll get four,” says Katie Price