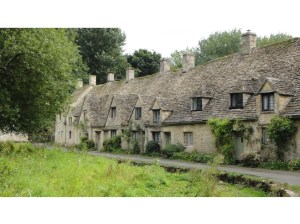 Yeah, it looks okay but is there a Nandos?

The massive expansion in fracking in the UK has had a dramatic effect on the property market. Within minutes of the government announcing that fracking will be allowed to take place anywhere their chums wish to frack the rest of the population began moving to Chipping Norton.

“This the only place that’s going to be safe,” said former Harold resident Sean Pavey. “No one knows what fracking really does to the environment but the one thing everyone knows is that David Cameron’ll never let it happen in his back garden.”

“It’s getting crowded,” said Doris Kettle, another Haroldite who has today made the move to Chipping Norton. “But perhaps some of the late comers could go and live on the playing fields of Eton instead. I’m sure they’ll won’t be touched either.”

At a press conference this afternoon David Cameron appealed for calm.

“It is very important that people stay where they are and stay away from Chipping Norton,” he said. “I’ve already had an arsey phone call from Jeremy about this and Rebekah and Charlie are doing their nuts.”

“There is no need to panic about fracking,” he said. “Yes, my government is going to allow drilling in national parks and other protected areas but only in exceptional circumstances such as us wanting to and our being able to make money out of it.”

“Now, why don’t you all forget about this and go outside before we tax the air.”