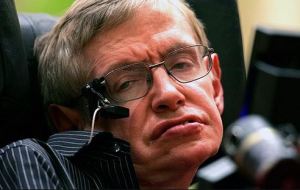 Trading Standards were left red-faced today after a case they brought against a local eatery was thrown out by a magistrate.

However, the magistrate said there was no case to answer after a top mathematician vouched for the accuracy of the restaurant’s labelling.

The case revolved around Ms Delaney’s Three Bean Salad. A Trading Standards official had sampled the dish and noted it was ‘short on beans’. In Court, however, the official collapsed under ruthless questioning by Ms Delaney, who conducted her own defence.

When asked what quantity of beans he had expected in a three bean salad, he was unable to give a coherent answer and was further embarrassed when Ms Delaney produced a feedback message from Stephen Hawking who had enjoyed the salad dish.

“Lunch was delightful,” wrote Mr Hawking, “and I would particularly like to thank Ms Delaney for the accuracy of the salad described as ‘three bean’. I have spent a lifetime counting things and all-too-often suffered the frustration of inaccuracies in mathematical models. Not so with the salad. The briefest investigation revealed it to be bursting with mathematical exactitude of a level not generally seen in today’s world. The universe is beautiful.”

Ms Delaney reminded the Court that Mr Hawking is the former Lucasian Professor of Mathematics at the University of Cambridge. “If anyone can add up, it’s him,” she said.

Dismissing the case, the magistrate also noted a comment adjacent to Hawking’s entry. Hawking had been having lunch with his long-time friend Peter Higgs, winner of the Nobel Prize in Physics for his work with elusive bosons, who ordered the Sesame Seed Fritter.

“I spent six decades of my life and a billion Euros on a Collider trying to find the smallest particle in the universe,” he wrote, “then along comes Ms Delaney and hands me the answer on a plate.”

Filed under Around Harold, Business, Food, Law and Order