Shock as people mumble incoherently in a pub 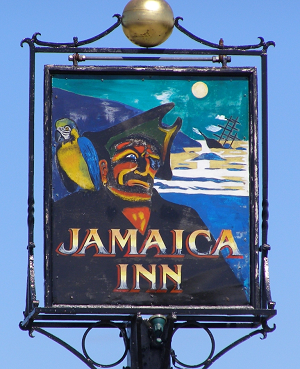 Cornish pirates are renowned for their correct pronunciation.

Viewers are furious that a show about the Jamaica Inn contained incoherent mumbling, gurgling sounds and other fairly common pub noises.

In one scene, the barman Joss Merlyn explained something really earnestly and slowly just using vowels, as he attempted to sit carefully on the fire.

At this point, his brother Jem aggressively disagreed with him, stating ‘ba..b…bullo’s. yerr a f…f…a big f**kern PIRATE.’

Others attempted to balance things on their face, and a young extra soiled themselves and then found it funny.

TV owners have complained in their droves, claiming they expect more for their licence fee.

As Eddie, local landlord at the Squirrel Lickers Arms pointed out, ‘Ers, ers, is a wassumajig. A bollos. A bi’ low a bollos.”

The BBC has agreed to make subtitles available to viewers who haven’t been drinking. “Jers prez a re’ bu hon. The re’ buhon. Is re-d. Red. a buhon. R. Ed. But. On. Sarry. Sorro. Soz. Erve been teem buildern.”

The poor diction wasn’t the main complaint, however. Thousands have claimed that despite furiously phoning in, there wasn’t an option to vote for their favourite character.

Filed under Around Harold, Culture, Entertainment

One Response to Shock as people mumble incoherently in a pub