Who could do better than Moyes? A chocolate fireguard? We look at the contenders 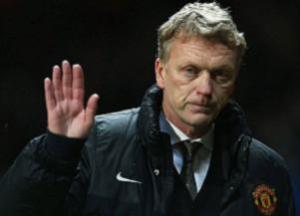 With David Moyes’ disastrous but hilarious reign as Manchester United manager having come to an end the search has begun for the man to replace him. There are certain qualities needed to manage one of the world’s biggest football clubs and here we run through some of the candidates who look like they could do a better job of it than Moyes did.

Often derided as being unfit for the job of a fireguard due to poor heat resistance, it may still be a better fit as United manager than Moyes was. Has no real experience and lack of coaching badges may cause problems, but still has more nous in the transfer market and would have been unlikely to spend £27.5m on Fellaini. Odds – 25:1

Spent his career kicking opponents, then giving the ball to somebody more talented and once won the league cup during his time at Leicester City. No coaching qualifications or experience but somehow considers himself some kind of tactical expert and spends his time telling other people where they are going wrong. Has good hair though. Odds – 30:1

Less animated than the real thing but would still inspire fear from the players with a steely gaze. Available immediately and would be relatively inexpensive. Relationship with the media would be remarkably similar to the one that Sir Alex himself enjoyed, typified by a stony silence. More substance than Moyes despite constant need to be propped up against something. Odds – 12:1

A fork with a broken prong

Ostensibly a four-pronged fork but has been missing one for the last couple of years, would still make United a more potent attacking force than Moyes managed. Like the former Everton manager, the fork has never won a trophy, but the fact that it is silverware itself may confuse players into respecting it. Odds – 16:1

The former Ajax, Barcelona and Bayern Munich manager has a trophy-laden CV and both the self-belief to manage United’s stars and the track record to command the respect of the dressing room. Will be available after the World Cup in the summer and has the added bonus of actually being a football manager, which makes him stand out from the other contenders. Odds – 4:5F

Comments Off on Who could do better than Moyes? A chocolate fireguard? We look at the contenders