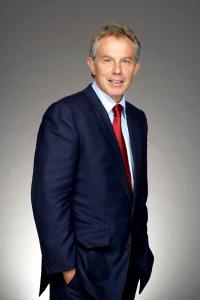 The village of Harold has declared itself the UK’s first Tony Blair exclusion zone after it was determined that he was having an adverse effect on productivity.

“We’ve lost countless working hours to Tony Blair,” said Harold’s mayor Rufus D. Jackson. “Every time he’s on the radio, TV or in the press pontificating about this, trying to start another war over that, people are unable to concentrate on their jobs as they have to vent about his hypocrisy and greed.”

“Tony Blair has had a devastating impact on my business,” said Sally Lloyd, owner of Sally’z Cut’z beauty salon. “If I hear him on the Today program then that’s the morning gone because I can’t help but seethe over what a dickhead he is and the fact he will not ever go away. And I’m not the only one, Tony Blair’s cost us all time and money.”

Happily for Harold, inventors John Goody and Rachel Guest have created highly sophisticated software that blocks Blair from radio, TV and the internet within the boundaries of the village. Plus the former Prime Minister has become only the second person after Donna Air to be barred for life from The Squirrel Lickers Arms.

“Now the ban is in place I’m sure the residents of Harold will go back to being happy and working hard,” said Rufus D.Jackson. “And I’ve already received queries about how to set up a Blair exclusion zone from several other villages as well as one of Dunstable’s larger neighbourhoods.”

The parish council had considered creating a Tony Blair Exclusion Foundation and travelling around the county charging a massive amount in consultancy fees while claiming to be straight talkers who make the world a better place. However this was shelved when they realised that it was ridiculous.