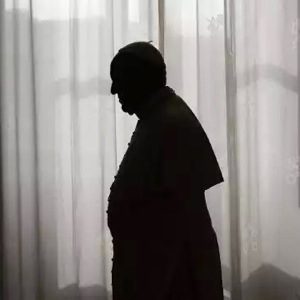 Hitting back at comments from Pope Francis that they must ‘stop doing evil’ if they wish to avoid hell, mafia bosses have said they will stop ‘if the Catholic Church stops first’.

Warning the criminal organisation with such phrases as ‘blood-stained money, blood-stained power, you can’t take it all with you, even if you are a nice Pope’, mafia bosses say they would be willing to give up any criminal tendencies they may have, as long as the Church took the lead.

“We are not saying one crime is any worse than another,” one don explained, “but we are sure as well as hating torture and murder, God isn’t that keen on paedophilia and widespread corruption either.

“It’s not a competition, but if there was a league of criminal organisations, we would come a distant second.”

The fight back from the mafia is seen as them starting to cut ties from the Catholic Church. Many in the upper ranks are thought to be embarrassed by the close association the two have had over the past few hundred years.

With battle lines drawn between the Godfathers and the God-Fathers, mafia bosses say they are willing to begin reform when the Church does.

“We will also stop going around our communities making people feel obliged to give us money when they do the same.

“Unfortunately we can’t stop the spread of AIDS in Africa by allowing contraception among our followers, but it would be a nice gesture if they did. As would not hiding and protecting paedophiles but we can’t ask too much, even the biggest criminal organisations need time to change”.

There are concerns that some prominent gangsters may start leaving and changing their ways choosing to ‘go it straight’, but they have been asked to at least write Sunday’s sermon before they go.