Winter Olympics and smug Facebook posts about boycotting them begin 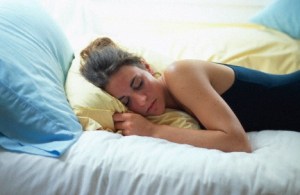 Look how hard it is to boycott something that’s on at 5:00 am.

As the Winter Olympics are officially opened in Sochi this afternoon it heralds the start not just of days of thrilling winter sports but also of people posting smug Facebook updates about not watching them.

We asked one such poster why they felt the need to do this. “I want everyone to know that I’m really aware of gay rights and stuff,” replied Harold resident Jason Beesley. “Plus if I come across as sensitive maybe women will want to sleep with me.”

“It’s not enough that I don’t watch the Sochi games,” Jane Hough, another villager and Facebook poster told us after posting on Facebook ‘not watching olympics #lovestraydogs’. “I want everyone to know I’m not watching them to spread awareness, I hadn’t thought about how good it makes me look. Not all.”

“I’m going to post about a different sport each day,” said Harold bank manager Noel Clarke. “So far I’ve got ‘couldn’t watch curling knowing they sell Coca-Cola in the Olympic Village’ and ‘how can anyone be said to truly win the speed skating when Guantanamo Bay is still open?’ If just one of my Facebook friends is still enjoying the games by the end then I’ll have failed to make the world a better place.”

We asked all the Facebook warriors we spoke to if they had or were going to give money or time to any of the human and animal rights groups protesting the Olympics but they all looked at us blankly.

Jane Hough spoke for the group when she said “but I am doing something. I’m posting about it loads and that’s really effective. Isn’t it?”

It is understood that Vladimir Putin is well aware of the calls for a Sochi boycott on social media however he apparently doesn’t care as it is his firm belief that only gays don’t watch sport.