Remember the good times: Desperate England sends Scotland a playlist of their greatest hits together 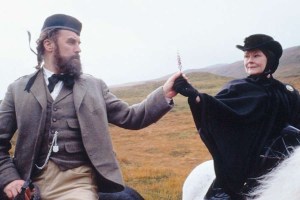 We have so much in common. Everyone in England also thinks John Brown and Queen Victoria totally did the filth.

Drunk and emotional, a sobbing England last night made Scotland a specially selected playlist of their greatest hits together in a desperate bid to rekindle the passion and ensure that Scotland won’t break England’s heart in September’s independence referendum.

“We’ve been together since 1707,” England slurred. “S’long time and we’ve made it work, haven’t we? We’ve had good times. Brilliant times! There was the Empire, we did that together, you and me taking over the world. And what about haggis? Invented in Lancashire and then you took it to another level: that’s teamwork.”

After another drink England became reflective. “I know sometimes I’ve been hard on you but that’s because I love you. All right so I came on a bit strong over the Highland Clearances but I’ve always respected you as an individual. Let you have your own education system and bank notes, didn’t I? Haven’t let Wales do that. Just you, cos you’re special.”

“You’re hard work, Scotland, you know that? I give you gifts and you get the arse. Those Trident submarines cost me billions and now you’re saying you don’t want ’em. But that’s okay, that’s okay. You’re fickle, I get that. I still love you.”

As it added the final tracks to the playlist which covers three hundred and seven years of expansion, industrialisation, technological achievement and James Bond, England began to cry again.

“What about the oil?” it wailed. “We should do our best to make a go of it for the oil’s sake.”

Then seeming suddenly sober England muttered: “Course once the oil’s gone I don’t mind if you want to split up or maybe we could stay together but see other countries. Not sure why but my sense of self-preservation is telling me it’s time to start trying to date China.”

One Response to Remember the good times: Desperate England sends Scotland a playlist of their greatest hits together