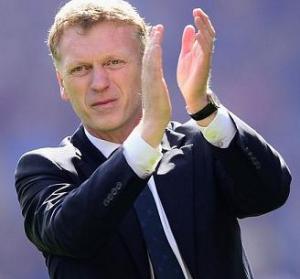 Everybody clap your hands. Now sliiiiiiiiiiide!

Gangnam Style, the Harlem Shake and Twerking have all had their day and now the latest dance craze is set to be the Manchester United dance, made up almost entirely of backwards steps.

“This is already sweeping the UK, proving especially popular in Liverpool and certain parts of Manchester with a sky blue colour theme. Given Manchester United’s global appeal I would expect it to be seen on dance floors around the world within the next few months.” said David Moyes, the man credited as being the inspiration behind the first viral dance craze of 2014.

The moves give a new challenge to dancers as they mostly involve going backwards at some speed, which it has been claimed could be dangerous on crowded dance floors. Moyes has dismissed these concerns though, saying that the occasional embarrassing fall is all part of the fun.

“The dance starts to the tune of ‘Glory Glory Man United’, with everybody at the very front of the dance floor following an inspirational leader. The leader then departs to applause and is replaced by a new man, who immediately proceeds to lead all the dancers in sliding rapidly backwards.” explained Moyes.

After several large steps backwards the dancers then take a couple of small, tentative steps that look like they might be heading forwards, shape up as if they are about to turn a corner, but then head backwards again at an incredible speed, with many tumbling over in humiliating fashion in the process.

The whole routine is performed with both arms outstretched imploringly forwards, desperately seeking help from officials which does not come.