Best friends forever: Britain pleads with China to love it more than the USA 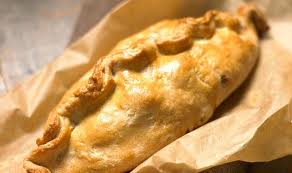 David Cameron has flown to Beijing with a delegation of high achieving Brits to beg China to love the UK more than it loves the US. On his knees on the tarmac at Beijing Capital Airport the Prime Minister said “Britain will act as China’s strongest advocate in the West” before promising “dialogue of mutual respect and understanding” as well as a blind eye turned to all China’s abuses of human rights and the environment, and at least five more seasons of Downton Abbey.

“China should be our bestie not that of those across pond,” Cameron said. “What has the Untied States ever done for the world? We’ve given it the Cornish pasty, Fifty Shades of Grey and the tuning fork: no contest.”

He also explained the reasons for the shift in Britain’s affections even though it has spent every waking moment since 1945 trying to crawl up the US’s bottom.

“We used to really love the US,” he said. “But the spark’s gone and China has so much that turns us on like the phenomenal financial growth that will see it become the world’s largest economy within the next ten years and the fact that if they do chum up with us they might buy a lot of our detbt. Little things like that give us a good low down tingle.”

As he rolled over onto his back in front of Xi Jinping hoping to have his tummy tickled, Cameron made another guarantee.

“China can have any part of the UK’s infrastructure that it wants, although to be honest there’s not much left now my friends have filled their boots, but you dig in, China. Go for it! And we promise to never mention Tibet. It can be our dirty little secret.”

He then giggled coquettishly and had to be stopped by security from showing everyone his be-tasseled nipples.

Comments Off on Best friends forever: Britain pleads with China to love it more than the USA