Xbox One will not play games says Microsoft 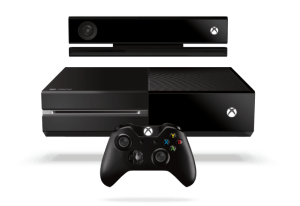 Less fun than a Spectrum 48k

Following its disastrous launch earlier in the year when fans were up in arms over the fact that the new Xbox would have to be always connected to the Internet, then the further revelation that it was not designed to support vertical orientation, Microsoft have finally admitted that their newest toy won’t actually play games either.

“We worked hard to give our customers the best experience with this next generation console,” said Microsoft spokesperson Dale Tice. “But at the end of the day the technology just isn’t in place for us deliver and so with a heavy heart we’re taking the gaming component out of the Xbox One.”

Tice was quick to assure potential customers that when it launches the Xbox One will still be worth every penny of its £430 retail price.

“We see it as the heart of the living room,” he said. “Put it by your TV and it can play many channels and download films on demand just like your TV can. Or you can use it to surf the Internet just like you already do on the computer you already own.”

Despite being beset by so many problems it makes Sim City’s launch look flawless, Tice is confident that the Xbox One will be a huge hit.

“It’ll be a best seller,” he stated calmly. “Ninety per cent of the world’s computers run on Microsoft software. We own you, sheeple, so buy the shiny new thing and don’t make us angry, you wouldn’t like us when we’re angry.”

The Xbox One is available from next month and we urge people to buy as many as it takes to persuade Bill Gates to keep the Internet on.

Comments Off on Xbox One will not play games says Microsoft