Why, oh why, oh why was he ever charged 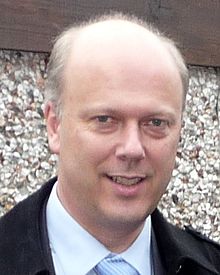 “Let me make this clear, I’m with the tabloid press editors on this one. In future, we must only proceed with cases where the accused is actually guilty. Too much time and public money has been wasted on frivolous prosecutions of the innocent, which simply clutter up and delay the important work of the Crown Court in dealing with the guilty.”

Oxford University has completed a research study investigating difficulties in recruiting trial jurists over recent years. “Typical responses from summoned jurists, who slithered out of their public duty because – say – their gran is sick, shows they’d have probably attended at court if they were certain they’d be free to convict the defendant.” said Oxford’s Dr Chris Jones

“A population brought up on TV courtroom drama wants to see harsh punishment doled out, to make up for all the tedium of sitting through a trial in real-time. Hanging the guilty is no longer available, of course, but there’s still nothing quite like watching the expression on the face of a man getting a telephone number prison sentence. Without that certainty, potential jurists will continue to have sick dependants and pre-arranged overseas business trips.”

With a reputation for being a Tory ‘Attack Dog’, Grayling even looks scary in his own website photos. Refreshingly unencumbered by any professional experience within criminal justice itself, he made it clear that although CPS lawyers have a role in speeding up the justice system, central Government is already playing its part. “In future we’ll only be giving Legal Aid to the innocent so, unless the defendant is very rich and able to fund their own lawyer to defend them, juries will now be able to see much more easily who to convict.”

Comments Off on Why, oh why, oh why was he ever charged