Oh what a lovely drawer: PM carries out hostile invasions of private spaces to cheer self up 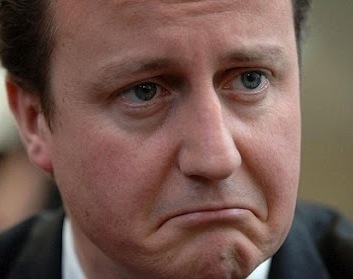 After a tough week for David Cameron, he has now found himself being criticised in his own home. Samantha Cameron has thrown the prime minister out of their flat in Downing Street and told him to come back when he has grown up and stopped sulking.

The move from ‘Sam Cam’ follows a weekend of the prime minister ‘invading’ different parts of the apartment in a bid to appease his own conscience.

A member of staff told us she thought the prime minister had been comfort eating on Saturday, but when she showed concern he explained he wasn’t actually eating the food, but just using the lack of opposition to invade the fridge.

Things escalated later that evening when Mr Cameron used his protection officers to launch a tactical attack on his daughter Florence’s nursery after intelligence suggested a smell emanating from the room may have been harmful to humans.

The offending nappy was swiftly dealt with however David insisted it still be sent away for tests, and the nanny in charge was handed over to the security services for interrogation.

The final straw for his wife came on Sunday when, after a night of worshiping a life-sized poster of Tony Blair, he made his boldest action yet. Without consultation of the UN, the US or Parliament, Mr Cameron decided that although he couldn’t put boots on the ground in Syria, he would put his socks in his wife’s sock drawer in what he has described as a hostile occupation.

This final action of engaging an opponent less dangerous than Assad, but more powerful than Nick Clegg, led to him being evicted from his home. This break down in his ‘special relationship’ is thought to be irreparable after there were unconfirmed sightings of President Hollande moving in to the flat.

2 Responses to Oh what a lovely drawer: PM carries out hostile invasions of private spaces to cheer self up