Aggers urges batsmen to walk: ‘only a cur would run between stumps’ 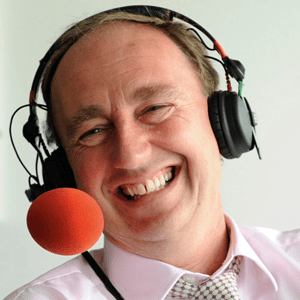 Agnew demonstrated how ‘swallowing the ball’ was acceptable if the opponents were losing.

“In my day, breaking into a trot was very much frowned upon”, revealed ‘Aggers’, to audiences everywhere too tight to pay for Sky. “We know we’re better than them so there’s no need to break sweat. We should thrash them at a more sportsmenlike canter.”

With the latest developments in computers, cameras and foreign scapegoats, many had assumed that controversy had abandoned the Gentleman’s Game. But with some players still insisting on waiting for a ruling from umpires rather than a Pakistani betting syndicate, Cricket risks being tarred by the same brush that daubs the sort of chap who plays football.

Citing the 1932 series in which 17 cricketers died, Agnew recalled how batsmen would wriggle on their bellies to try and even up the score.

“It was a given back then that one wouldn’t take advantage of one’s opponent’s shortcomings”, revealed Agnew. “It was the ‘Done Thing’ to strive for a draw.”

“It’s not cricket to take advantage of any advantage you might have”, said the bail-iff. “These chaps are tourists, not immigrant workers.”

“I remember when Willborough Houghton broke into a trot after edging one to the slips, while his side were barely 400 in front. That resulted in his children being wedgied to death at their prep school the same afternoon. To my mind, that’s somewhat fairer than Hawkeye.”

Agnew also recalled how in the really olden days WG Grace would replace the bails after being bowled and mutter something about ‘the wind knocking them off’ and continue as if nothing had happened. “That’s not in the spirit of the game if you’re winning hands down, but it’s hardly cheating if you’re an innings behind.”

Agnew is currently broadcasting from the arrivals lounge in Moscow, after insisting Ashton Agar should have been allowed to score a century.

Comments Off on Aggers urges batsmen to walk: ‘only a cur would run between stumps’