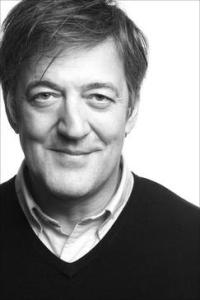 Days after Chief Secretary to the Treasury, Danny Alexander, told the House of Commons that the government will be selling off £15 billion worth of public assets now that their policies have done to the economy what the volcano did to Pompeii, the Great British Fire Sale began in earnest with bidding being opened on Stephen Fry.

“Assets aren’t just companies and institutions though God knows we’re flogging off enough of them: the Student Loan Company, Royal Mail, the NHS it’s all got to go,” explained a treasury insider. “The great wealth of a nation lies in its people. So they can jolly well be priced, packaged and sold off too. Simples.”

The Evening Harold can exclusively reveal the existence of National Treasures – a document listing some of the most beloved people in the country and their value on the open market. Stephen Fry who has enormous value not only as a writer, actor and comedian but also as a man whose unfailingly open and honest discussion of his ongoing struggles with mental illness has increased awareness of this very common battle and given countless people inspiration and courage was top of the list that prominently features the names: Dench, Attenborough, Palin and Mirren.

The list also has notes scrawled across it that had yet to be answered saying ‘Downton cast – individual price or job lot?’ and ‘Buy Alan Bennett, get Miriam Margoyles free?‘

At a press conference in the City, Danny Alexander triumphantly opened the sale of Stephen Fry by saying “Truly it can be said of this government that we know the price of everything and the value of nothing.” When it was pointed out to him that that wasn’t a good thing he simply shrugged and said, “It is now.”

On being asked what plans the government had for those of us whose financial value is negligible he dodged the question and quickly brought the press conference to a close. He was later seen entering the Treasury with a determined look in his eye and clutching a thick document titled Operation: Soylent Green.

Comments Off on Asset stripping government to sell off Stephen Fry