Grayling: “Knocking over a cyclist is a metaphor for my political credo.” 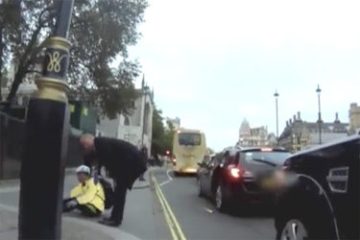 Now f**k off and keep your mouth shut

Chris Grayling, compared to whom even his awful predecessor Norman Tebbit seems benign, says flattening a cyclist, as videod by another cyclist, is a metaphor for his wider political beliefs.

“The most vulnerable in society always deserve special attention.” said Grayling, cracking his knuckles “So, as soon as an arsehole on a bike drew alongside my Limo in a traffic jam, whallop, I doored him. END_OF_DOCUMENT_TOKEN_TO_BE_REPLACED

Comments Off on Grayling: “Knocking over a cyclist is a metaphor for my political credo.”