Austerity: Osborne cuts 12 days of Christmas to 3 keeps partridge for himself 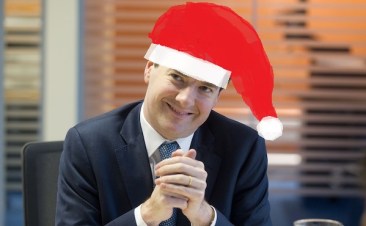 The Gidders who stole Christmas

George Osborne has today announced severe cuts to the twelve days of Christmas saying that the nation can no longer afford them and that in any case he and his chums are keeping the best ones for themselves.

“Let’s be realistic about this,” he said. “There is no place in today’s economy for shirkers who go about dancing and putting various types of bird in the post. There is really only one acceptable day for the masses as maids who milk are working hard and contributing to the nation’s coffers. I will also allow professional pipers to pipe and drummers to drum as long as they declare in full any income derived from these activities and aren’t part of some pathetically wet set-up that relies on an Arts Council grant.” END_OF_DOCUMENT_TOKEN_TO_BE_REPLACED

Comments Off on Austerity: Osborne cuts 12 days of Christmas to 3 keeps partridge for himself