Tech giant Facebook has abandoned its new fake news regulator, realising quickly that what it actually needed was a real news regulator.

Brian ‘Bobby’ Renfrew, 46, was hired last Thursday, and spent several days at his desk at Facebook HQ before it was realised that he was actually a cardboard cutout of Tom Hiddleston.

“It’s an easy mistake to make,” insisted a spokesperson. “We have a problem with fake news. We wanted to regulate it, but instead of getting a REAL fake news regulator, what we got was a FAKE real news regulator.”

“And I can’t really see anywhere else this joke could go from here,” he explained, his voice tailing off sadly.

Some celebrity relationship bullshit going on with Taylor Swift 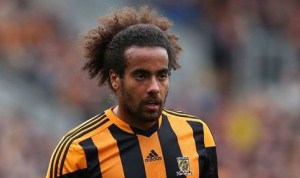 There is some kind of celebrity relationship bullshit happening, involving Taylor Swift and a man, or possibly two men, who are also celebrities, and apparently this is headline news.

Swift, who sells music, tweets about stuff and sues people, has recently broken up with one of the men and is now dating the other one, who does not play football for Hull City despite having a very similar name to somebody who does. END_OF_DOCUMENT_TOKEN_TO_BE_REPLACED