Tommy Robinson jailed for fraudulently claiming not to be racist. 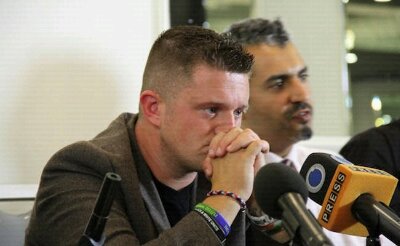 Ex-EDL leader Tommy Robinson had been jailed for 18 months for fraudulently claiming he was not racist. He made the claims in October when he left the EDL citing his concerns over the ‘dangers of far-right extremism’.

Robinson pleaded guilty to the charge and told the court that looking back he could see he was actually fooling nobody. “The trouble with fraud is that you have to convince people you are something you are not,” Robinson told the court.

“In hindsight I may have had more luck convincing people I had to leave because I was pregnant than asking them to believe I was no longer a bigot.”

END_OF_DOCUMENT_TOKEN_TO_BE_REPLACED

Comments Off on Tommy Robinson jailed for fraudulently claiming not to be racist.