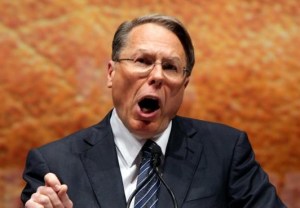 Wayne still waiting to hear back from Mensa

The National Rifle Association say if it wasn’t for today’s US cinema shooter having a gun to shoot himself with, many more lives would have been at risk.

“Imagine if he went into that cinema armed with just a baseball bat, he would have found it almost impossible to bash himself to death” reasoned NRA spokesman Wayne Einstein.
END_OF_DOCUMENT_TOKEN_TO_BE_REPLACED