Disgust as fans watch Game of Thrones ‘for free’ 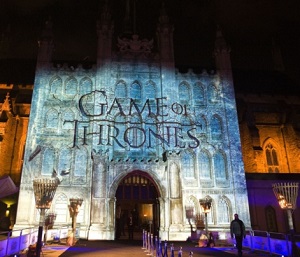 Fans have accessed a copy of Game of Thrones Season 5, days before it screens on Sky Atlantic.

The opening episode has been viewed by hundreds of fans, none of who paid a penny for the privilege.

“This is a serious matter”, said Harold’s PC Flegg. “There’s some evidence that this is the work of the criminal underground: the leak seems to have eminated from the UK’s oldest prison.”

Flegg explained that a torrent of fans had rushed to see the much-anticipated episode, by sneaking along a red carpet.

“Nothing would stop them, although some did pause for photos and autographs”, said Harold’s cybercrime specialist. “Then they shamelessly stole the entire programme using their eyes to stare at a screen outside the Tower of London.”
END_OF_DOCUMENT_TOKEN_TO_BE_REPLACED