Rail Minister won’t resign: “I’ve f*cked up more than this and wasn’t sacked” 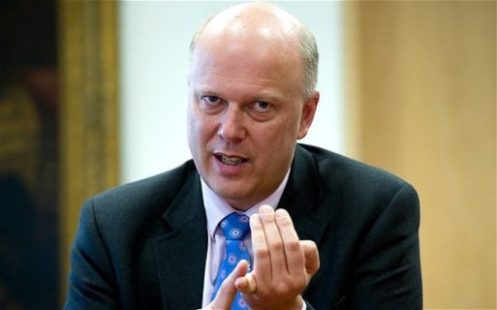 Anyone got a tissue? I was thinking of sacking poor people and ooohh …”

Perennial arsehole, Chris Grayling says he won’t resign in the wake of the catastrophic meltdown of the rail system because “some big boys did it and ran away”.

“It’s not my fault” said the front-bench arsehole, whose management of the criminal justice system was so appalling that his replacement, Michael Gove seemed like a breath of enlightened fresh air. [Look, we can’t do everything for you; just google ‘Chris Grayling, Minister of Justice’ and see for yourselves. Best have a large gin to hand when you do so, unless it’s after 2pm when you can have a quadruple.]

Grayling’s survival in the cabinet led many to believe he has the negatives from Theresa May’s pornographic bio-pic “Give it to me Big Boy” which charted her otherwise inexplicable rise to the highest public office in the land.

“Trust me” said Grayling, who one claimed parliamentary expenses for a property only stumbling-distance from the House of Commons and a mere  seventeen minutes by rail from his actual home. “I’m a Conservative.”

Comments Off on Rail Minister won’t resign: “I’ve f*cked up more than this and wasn’t sacked”