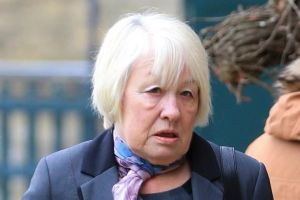 Tale as old as time…but she’s no Emma Watson

The UK Home Office has announced a £2.5 million public information campaign, aimed at raising awareness of bestiality laws, and reminding people that sex with animals is illegal.

High profile cases like that of Carol Bowditch, the Lincolnshire pensioner who was filmed having sex with several dogs at a bestiality party, unaware that she had done anything wrong, show that work needs to be done to ensure that others don’t unwittingly fall foul of the law by going too far with their pets, a Home Office spokesman explained.
END_OF_DOCUMENT_TOKEN_TO_BE_REPLACED