Rooney stumbles across 300,000 reasons a week to not abandon the sinking ship 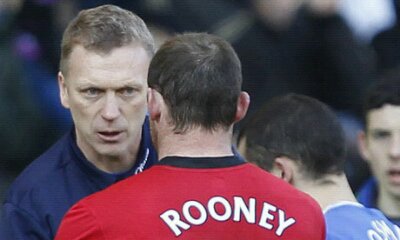 Like the band on the Titanic, Rooney says he now has enough reasons not to jump ship

After months of tough contract negotiations and threats to hand in a transfer request, Wayne Rooney has stumbled across 300,000 reasons a week to stay at Manchester United.

Currently on 250,000 reasons a week, the extra 50,000 reasons was enough for him to end speculation and finally sign a 5 year contract.

The striker and Shrek look-a-like said that even up to last week United’s position meant that the 250,000 reasons he had to stay were not enough, but he has now conceded that the extra few reasons he’s got are enough to convince him he loves the club and will remain loyal until he needs more reasons to stay. “Once a red, always a red” he said.

Comparing himself to the band on the Titanic, Rooney said he is willing to keep playing despite the sinking feeling on board at Old Trafford. “Its the right and moral thing to do,” he told reporters. “If that band had a contract worth £82.8m, I’m sure they would still be playing now.”

END_OF_DOCUMENT_TOKEN_TO_BE_REPLACED

Comments Off on Rooney stumbles across 300,000 reasons a week to not abandon the sinking ship