‘Brexit – The Musical’ still not as tedious as Les Miserables, say critics. 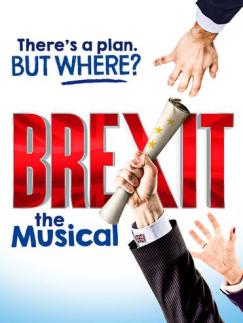 Theatre critics who survived last night’s premiere of the 7 and a half hour epic ‘Brexit – The Musical’ were unanimous in their assertion that while it was indeed “brain meltingly suicide inducing” and “akin to having red hot pokers inserted into one’s lungs via the nose”, it still wasn’t as bad as suffering through an afternoon at The Queen’s Theatre with Les Miserables.

Despite being smattered with a huge array of unrealistic comic characters with no real personality, depth or credibility, ‘Brexit – The Musical’ was still deemed marginally preferable to the 3 hour French nationalist dirge.

Speaking from the recovery ward at St. Thomas’ hospital this morning, Guardian Theatre Critic, Michael Billington praised the new production for its brevity.

Communicating only with blinks he conveyed his assessment of the show as ‘a unique opportunity to stare into the depths of one’s existence and consider the relative merits of Dignitas for the theatre going public’.

When asked if he was looking forward to reviewing next year’s release of Hugh Jackman’s ‘The Greatest Showman 2’, Mr Billington reached over and turned off his own life support.

Comments Off on ‘Brexit – The Musical’ still not as tedious as Les Miserables, say critics.