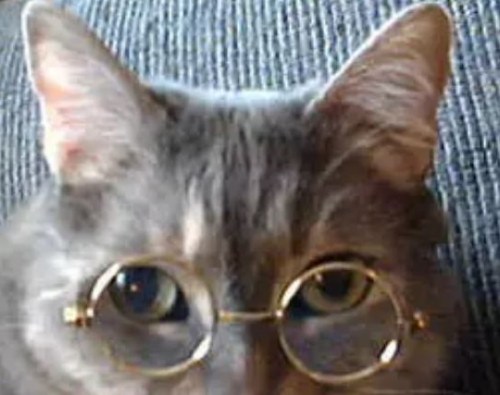 A séance held by the UK Brexit team has called upon Schrödinger’s ghost to help resolve the Irish border issue.

“What we need,” said Mrs May, “is a border that exists in the EU’s mind, but which is invisible to the DUP.”

The séance was delayed while HM Stationery Office searched their cupboard for an umlaut to go over the ‘o’ in Schrödinger. But the search was fruitless, despite a senior civil servant swearing blind he’d seen one in there only last week.

Instead, Michael Gove was obliged to volunteer his spectacles to place above the ‘o’ to serve the purpose of what he called ‘bloody stupid foreign punctuation’. But this only invoked a wise old owl, who said “I told you not to listen to Farage” and then made off, wearing Gove’s glasses.

Jacob Rees-Mogg was sent for, to help out, being the only MP with sufficient Classical Education to be able to draw two dots. But still Schrödinger did not appear.

By now, Team Brexit were hungry, when a lovely cake suddenly materialised on the table, iced with the words ‘No Irish Border’; which they promptly ate.

To add to their woes, Larry the Downing Street cat has now gone missing again.

Filed under Animals, Around Harold, Brexit, Europe, Lost and Found