PM says it’s time to get on with it, after two years dithering by ‘one of the countries involved’ 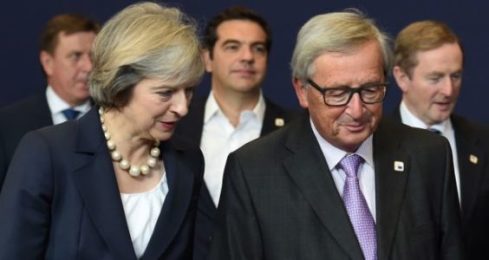 “Can’t you even give me a hint which country it is?”

The sloth in human form, Theresa May, has said it’s time everyone realised that ‘the clock’ is ticking’ on Brexit negotiations and it’s now time to ‘get on with it’.

The PM is due to meet leaders of Austria, Estonia and the Czech Republic this week and will urge them to pull their fingers out. “Some leaders ‘get it’ and have been very helpful” said Mrs May “but I’m told, by those who know, that one country doesn’t even know what it wants, much less how to get there.”

Mrs May explained that whilst President Macron and Chancellor Merkel have respected the confidentiality of the talks, both have said that this one country has been ‘dragging its feet and jeopardising future relationships across Europe’.

“Obviously I don’t know which country that is. Mr Macron and Mrs Merkel are much too professional to say and David Davis never even mentioned the issue but hopefully it’s not too late, as we enter the last six months of negotiations. Sorry, six weeks did you say? No, that can’t be right.”

Comments Off on PM says it’s time to get on with it, after two years dithering by ‘one of the countries involved’

Tagged as Dominic Raab, Evening Harold, get on with it, satire, theresa may