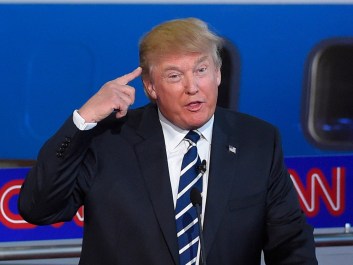 “Psychopaths, we need to hear from you too.” says the President

Using his well-known medical superpowers, Donald Trump has diagnosed the perpetrator of the Parkland shooting as being white and thus mentally ill.

From there, the President swiftly moved on to criticise other mentally ill people for not appearing in front of a battery of hundreds of cameras, on nationwide TV, to condemn the slaughter “committed by one of their own”.

“We hear a lot from the bleeding heart liberals when it suits them, folks” said Mr Trump “but when there’s a crisis, where are their calls for those with mental health issues to stand up and be counted?”

”Just because you’re catatonic doesn’t mean you get to stay quiet, when a crazy man does something like this.”

“No!” he went on “If you choose to live in the USA, you have a solemn duty to speak out. Speak out or risk – and I know the Democrats won’t like me saying this folks – or risk being deported back to Catatonia.”