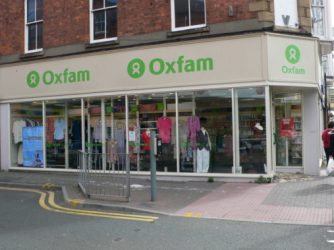 Oxfam Directors are meeting to decide whether to ban staff from looting abandoned houses and buying sex from earthquake victims they’re supposed to be helping.

“It’s a tough one, that’s for sure,” said an Oxfam spokeswoman “as we like our staff on the ground to use their initiative. But on balance, we probably should draw a line somewhere, even if only to give us a clear brand identity, distinct from local gangs, militia and the CIA.”

“Critics might say we’re being a bit over the top” she went on “but you can’t be too careful in our line of work and the little things can add up. Ooh, stamps. Don’t steal office stamps, that’s another one, you can’t say we’re not up to speed on ethics – and I don’t mean a county to the east of London either, hah, hah, hah.”

“Seriously though, we’ll include that in the staff handbook as well.”