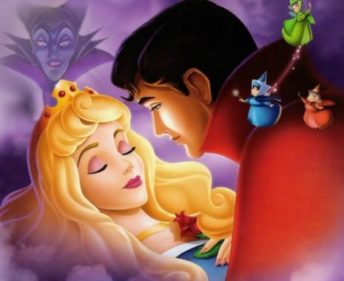 “You can tell she wants it.” the Prince told himself

Teachers at Harold’s St Mary’s primary school are planning an overhaul of the curriculum following claims by a professor at Osaka University that fairytale princes in Snow White and Sleeping Beauty are sex offenders.

“You might look at Sleeping Beauty and see a chaste, curse-breaking kiss, but apparently what’s going on is a quasi-compulsive obscene sexual act on an unconscious partner” said Headteacher Alison Lee. “We can’t be explaining that sort of thing to our Reception class, I can’t even spell most of it.”

Unfortunately, staff have found it difficult to identify what is and isn’t acceptable for their young charges.

“I was re-stocking the bookshelves, and saw The Gruffalo” said Ms Lee. “If you think about it, this isn’t a harmless rhyme about a plucky, quick thinking mouse. He’s not clever, he’s a psychological manipulator, ruthlessly exploiting the emotional vulnerabilities of his victims.”

“This will have a knock on effect on things like World Book Day” Lee accepted, “but we’re fairly sure we’ll find something that makes it through the revamp. It won’t be Mr Greedy though. Or Burglar Bill”.

“And don’t get me started on Peter Pan and his immature personality disorder.”