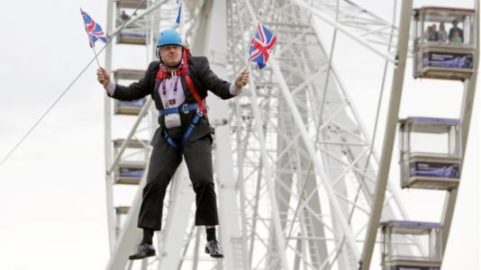 Another day, another flying stunt

With Boris Johnson due to visit later this week, Caribbean people are facing their sternest test to date.

“We’re not putting a limit on it” said Johnson today “I’m prepared to spend whatever it takes to make old Boris the darling of the party conference season once more. What ho! Will that do?”

A Foreign Office spokesman said financial support would also come from the ministry of defence. It might run to Mr Johnson “doing a Maggie and wearing some sort of military clothing, perhaps a combat jacket.” but would stop short of elasticated waist military combat trousers.

“Those things can be round your ankles in no time and we can do without that type of problem. Again.”