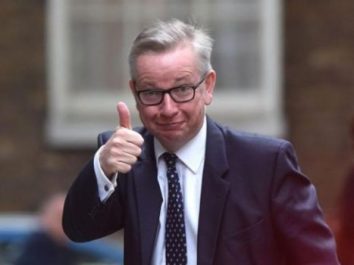 Scientists were disappointed today to find that a snake in the grass, discovered in the UK, is most likely Michael Gove,  not a previously uncategorised reptile, despite some obvious similarities.

This means the total number of UK species remains at four; not including Boris Johnson.

Harold scientist Dr Rachel Guest says it’s an easy mistake for colleagues to make “Both slither along the ground in an oily manner, both cause involuntary shudders of disgust; one of the six, recognised, basic human emotions.”

“Unlike the common grass snake however, it is venomous and extremely dangerous if approached in an unwary manner, such as when asking for support in a party leadership campaign.”

Dr Guest says snakes in the UK are protected under The Wildlife and Countryside Act and so it is a criminal offence to injure or kill them.

“However, as this creature has not finally been categorised there’s still a brief window of opportunity. I’m just saying, that’s all.”