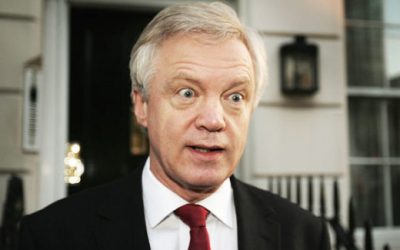 A Dunstable man going through a divorce has hired a chainsaw with which to split the family assets and he’ll start with the house itself.

“It’s got a wooden frame so it should be quite easy, as long as I don’t hit any nails” said David Davis “I assume that’s what she meant by ‘sparks are going to fly’, when I told her about it.”

Davis won’t consider a soft divorce, where everything is discussed beforehand. “I want to crash out of the marriage without any agreement, so I’ve insulted my wife and her lawyers as much as I can. My mate Boris told me that’s the best way to get what you want – which in my case is everything, including sex twice a month.”

“I’m a bit miffed I’ll still have to pay the mortgage, even after cutting the house in half.” said Davis, who’d hoped that leaving the marriage would also mean leaving the debts.”

“Due to a weird legal thing called ‘a loan agreement’, which I was conned into when I got the mortgage, I’ll stil be paying for the house in 15 years time.”

“So much for me putting an extra £350 a week into my Bupa health plan.”