Paul Nuttall quits to spend more time in his imagination 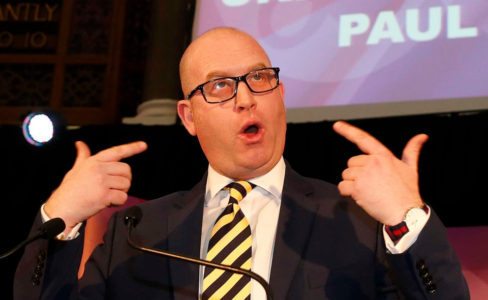 “I’ve achieved everything I wanted to in politics, so it’s time to move on.” said Nuttall today, explaining his decision to step down after ten years as party leader.

In the short term, I’m taking a quick holiday with Richard Branson, to chat about old times, but I’ll be back to coach Andy Murray again at Wimbledon.”

Mr Nuttall has set himself other goals for the summer, singing with the Garsington Opera in July and going on to Cowes Week in August to support Ben Ainslie after the disappointment of the America’s Cup.

“Clearly I don’t have personal experience of failure to draw upon but as a top motivational speaker it’s my duty to put something back into the country that’s given me success in the arts, the Olympics and the SAS, which I’m not allowed to discuss for obvious reasons.”