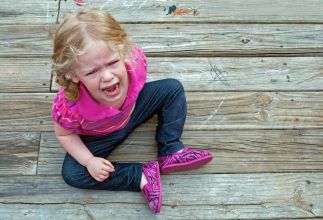 Do they come with a mute button yet? Has science sorted that out?

A new study from the University of Dunstable has confirmed that nothing has a more stressful impact than trying to eat while little Allegras and Milos are allowed to go tonto as their parents knock back the wine and congratulate themselves on how free-spirited their highly gifted progeny are.

Just five minutes exposure to a pack of Mini Boden-clad Cassians and Cosimas running around a restaurant tapping everything with a spoon has now been proved to exert as much stress as getting divorced or moving house. And the sight of servers constantly being forced to step over or around tiny beings so self-centred they might as well be cats is now known to cause as much harm as being trampled on by quite a lot of very heavy cows.

Scientists are now working on a cure for this stress while simultaneously campaigning for it to become legal for any parent who replies when challenged on their children’s behaviour that “in Italy and France this wouldn’t be an issue because they love children over there” to be put in a wicker man.