Politicians call on politicians to stop playing politics over politics 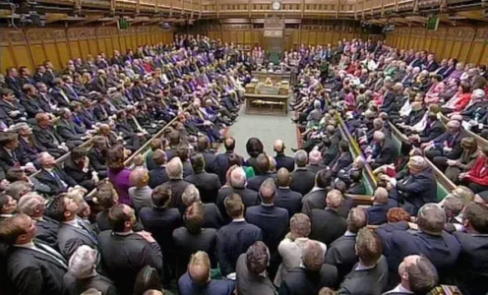 Everyone: “Just stop it, all of you.”

At Prime Ministers question time today, Theresa May told the House that calling the election was essential as “too many Westminster MP’s had deliberately made political points about the details of Brexit”.

Although she welcomed robust debate, the PM said she wasn’t prepared to tolerate the possibility that MPs elected on the basis of an entirely different set of political values from her own might not vote to support her, come what may.

“Indeed, the other parties have already shown that I was right to do so, Mr Speaker.” she said “They’re still arguing political points and even talking about some things called ‘election manifestos’, which bear no relationship to the policies that we shall explain to the voters in good time for them to make the right decision on June 8th.”

Many Labour MPs described the timing of the election as cynical politics of the worst kind, taking advantage of the fact that they still have Jeremy Corbyn as leader, and asked the PM to change her mind, for old times’ sake.

Tim Fallon, who says he is leader of the Lib Dems, said something about the election being a political stunt but to be honest no one was listening intently enough to take notes.