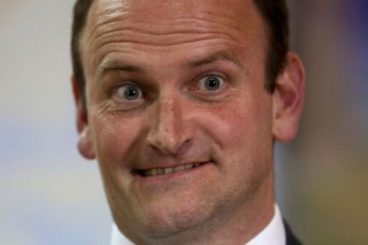 Clacton’s worryingly weird MP, Douglas Carswell, a highly principled man who changes party more often than most people do their socks, has abandoned a sinking ship and left UKIP. Which is what Clacton deserves, you’re probably thinking.

“I won’t switch parties, or cross the floor, “said Carswell, who will just stay on as MP for Clacton, without bothering the voters again. “It’s not big money as an MP but more than I’d get elsewhere realistically, so it was a no-brainer.”

“I’ll sit as an independent now,” he explained, before adding “not with all UKIP’s other MPs. Oh no, they haven’t got any …”

What plans does Carswell have, other than weighing up the merits of the Monster Raving Loony Party? “Well, now I’ve buggered up the whole of the UK, I’d like to take on a fresh, new challenge. I’ll now focus all my efforts on local matters and try to make Essex even worse. A man can dream.”

A party spokesracist explained UKIP’s view of Carswell’s departure. “Having lost members, leaders, MEPs ,and our biggest funder this past year, we feel more comfortable without an MP as well. And it saves the cost of a parliamentary party Christmas knees-up.”

Comments Off on Clacton’s outrage as Carswell leaves UKIP: “meh”