British blokes as dull looking 700 years ago as they are today, science confirms 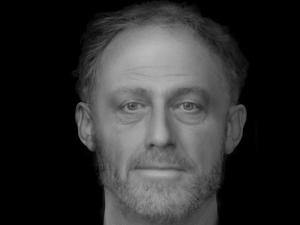 The 700 hundred year old man. “Shameful proof that Britain is too white” – Guardian.

The face of a man who died in Cambridge over seven hundred years ago has been recreated proving that Brits have been plain-looking for centuries.
“This is the face of a bloke,” said Professor John Robb of Cambridge University. “Balding, bags under his eyes, scruffy beard. Grooming’s never really caught on here, has it?

“The team and I would say that he’d be able to walk down the high street today without standing out only we’ve been unable to discover any evidence that he had crap tattoos and an obesity problem.”

Professor Robb confirmed that he and his team are hoping to be able to find the remains of an average woman who died around the same time and accordingly would keep their eyes out for traces of  fake tan and leggings.

Comments Off on British blokes as dull looking 700 years ago as they are today, science confirms