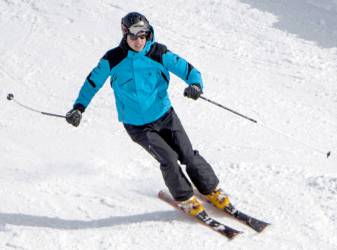 “Oh and skiing, I love skiing too”

Prince William says he doesn’t have to do any work at all if he doesn’t feel like it.

“I’m second in line to the throne, do you see?” He explained to a meeting of Fleet Street editors today. “That’s how it is with a monarchy, I was sure you’d all know.”

“Didn’t any of you study British Constitution at school? I was going to take it at A level but learned all I needed to know at GCSE. It was brilliant, my favourite subject.”

“The thing is” the Prince went on “even if I do no work, in a few years time, I’ll get to be one of the richest people in the country, I won’t have to do anything then either, if I don’t want to. That’s how it works, you should look it up.”

William revealed that at university he actually leaned towards republicanism for a while. “But I’m the Prince” he chuckled “What’s a guy to do? I enjoy flying helicopters but it’s not like I want to get a proper job. Why would I?”

Some of the press have criticised the amount of work he does and William addressed that head on as the meeting drew to a close.”Right, who wants a knighthood?”

Comments Off on Wills responds to ‘workshy’ press criticism: “I’m a Prince, dur…”