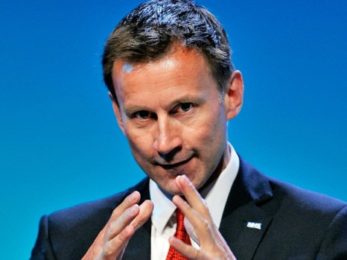 ‘Do we actually need an NHS?’ the whole Cabinet replied ‘No’

Marmalade entrepreneur, Jeremy Hunt has welcomed record NHS figures released this week and was in expansive mood when interviewed by the Evening Harold.

“It would be wrong to make political capital out of this” smiled the multi-millionaire, polishing his NHS lapel badge, “but these figures vindicate the Conservative approach to the NHS.”

“You know, I was in the room when the policy was agreed,” he said. “The PM wrote on the whiteboard ‘Do we really need an NHS?’ and the whole Cabinet replied ‘No, we all go private’. Bish-bash-bosh then it was time for lunchy. They were good days.”

“Who are these people who can spend ten hours waiting for a doctor though? mused Hunt “They sound like shirkers to me. We need a new queue, methinks. From A&E to DWP for triage and work capabilty assessment. Joined up government. Mmm… have you got a tissue?”

Mr Hunt hopes his NHS reforms will be as successful as those at DWP and Justice, although admits “IDS and Chris Grayling have set the bar very high. I had great ideas for making the NHS work better” he added “but someone told me the matron from the Carry On documentaries has sadly passed away. Ho hum, back to the drawing board.”

“Would you be interested in some marmalade? It’s a little out of date.”

Comments Off on Nothing compares 2 Q: Hunt getting good lowdown tingle over record NHS waiting times