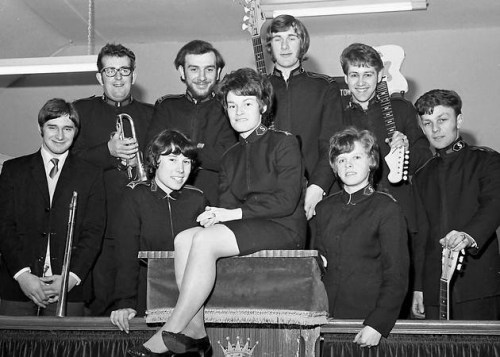 Veterans of the Harold Salvation Army band are frantically searching for new members after the entire percussion section quit in an acrimonious dispute over the future direction of the group.

Lead triangle player Mildred Fishbourne, the last original member from the classic 1968 ‘Godstock’ line up, has long harboured a desire to take the band in a more ‘Hippety Hoppity’ direction.

“One can’t stand still forever” said Mrs Fishbourne over a hot buttered crumpet. “The Saints Go Marching In has been a great success for the band over the years, but we haven’t had a major hit like that since The Floral Dance in the mid 70’s”.

“If we’re going to keep the fan base happy we need to modernise. That’s why we’ve decided to split away and form a new 30 piece woodwind and brass ensemble based around the Gangsta Rap genre”.

Meanwhile bassoonist Edward Cotterell, spokesman for the more conservative traditionalists within the band has been speaking out about the dispute.

“Of course we all want to remain relevant in an increasingly cynical world” he opined, “but when we were forced to play 50 cent’s ‘Wanksta’ at last week’s village bring and buy sale, that really was the biscuit”.

Divisions within the band seem irreparable. With the departure of such an important section of the traditional band, Salvation Army leaders have been desperately trying to find replacements to fill the band’s remaining tour commitments.

Unfotunately it looks as though tonight’s concert at The Lavendar and Pea old folks’ home in Dunstable will have to be cancelled after the entire brass section were gunned down in a drive by shooting, carried out by the Presbyterian Choral Massiv.

Comments Off on Salvation Army band splits due to musical differences.