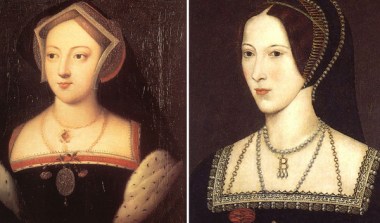 Tis the season to be exactly like Anne and Mary Boylen. Just swap who gets to play nug-a-nug with Henry VIII for who gets to keep the remote control and there’s literally no difference #FACT

Adults across the country are happily preparing to return to their parents’ homes and resume fighting with their brothers and sisters in the most petulant and immature way possible.

“It’s what this time of year is all about,” said local police officer Anita Flegg. “Technically my twin brother Anton is a twenty-seven year old constable in the Metropolitan Police but at Mum and Dad’s he’s a bitchopotumous with fleas and donkey breath who I have to report to our parents when he keeps staring at me.”

“Regressing to an earlier state and rowing about such important issues as who the cat loves more while dropping slurs that in real life would see us shunned by our mates and sacked from our jobs is hugely relaxing,” she said. “And it goes without saying that whatever happens isn’t my fault and that he started it.”

We asked local parents of grown-up children what they thought about their homes becoming childhood conflict zones once a year and they all told us they don’t care as long as the washing up gets done and no one asks them for money.