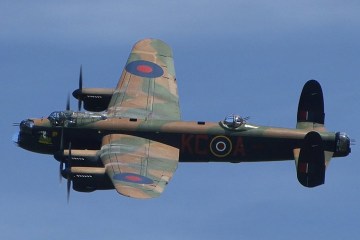 “Sorry you were out when we called. It’s in the back. Of beyond.”

The RAF will deliver all Harold’s on-line Black Friday orders in one big drop on Monday morning; from 10,000 feet.

Villagers too lazy to go to Dunstable but wanting authentic Black Friday fun will still get the experience by packing into the 5-a-side pitch like sardines, and having a shed-load of multi-coloured tat dropped on their heads.

“But they can’t fly that low now; not since the unpleasantness with the dams. Do you remember the film, with Dickie Todd? He did his own stunts you know but I don’t think  he flew the plane. I do know he didn’t play the bouncing bomb.”

Mayor Rufus D. Jackson issued the following statement: “All Viking villagers are reminded that shite falling from the sky is commerce and not a judgement from Tyr. PC Flegg says you are to stay calm and have some mead. Anyone declaring war on the heavens (again) will be tasered in the face”.