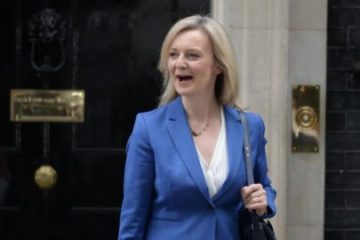 Liz Truss. We’ll leave you to think of your own caption

Liz Truss is waiting to see if a 27% increase in prisoner self-harm can be translated into actual deaths, before starting on reforms planned by her hapless, pasty-faced predescessor, Michael Gove.

“Signs are encouraging but one swallow of bleach doesn’t make a summer.” says Truss. With a 25% drop in prison staff numbers, keeping an eye on vulnerable inmates has proved hard but sadly, she says, not impossible. “So that’s something to focus on.”

“More budget cuts next year and a reduction in training are bound to help. We can trim a couple of weeks from the current two months, by taking out non-essentials like health and safety, and first aid.”

“We don’t have capital punishment as such, but would like to jack up the death rate in our prisons and see if we can make some serious inroads into repeat offending.”

Research shows that in places such as Singapore, no executed convicts have re-offended within two years. “We’ve yet to see their five and ten year figures but indications so far are good”.